Why do we think this way? Let's explain with a Coordinate System. 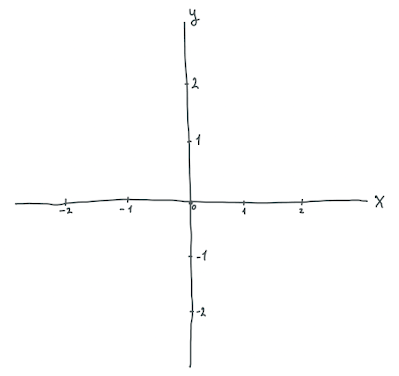 Let's place this Coordinate System on the knight, like below. But for easier understanding, let's first place it in the area where the knight can move the most move on the chessboard. 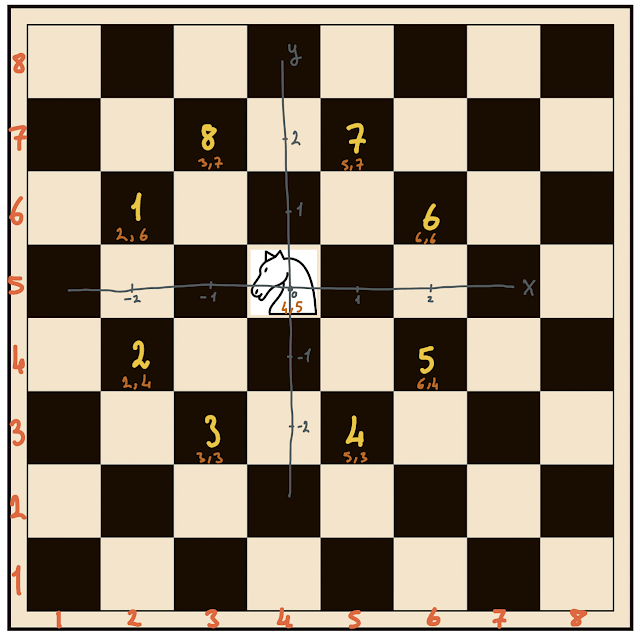 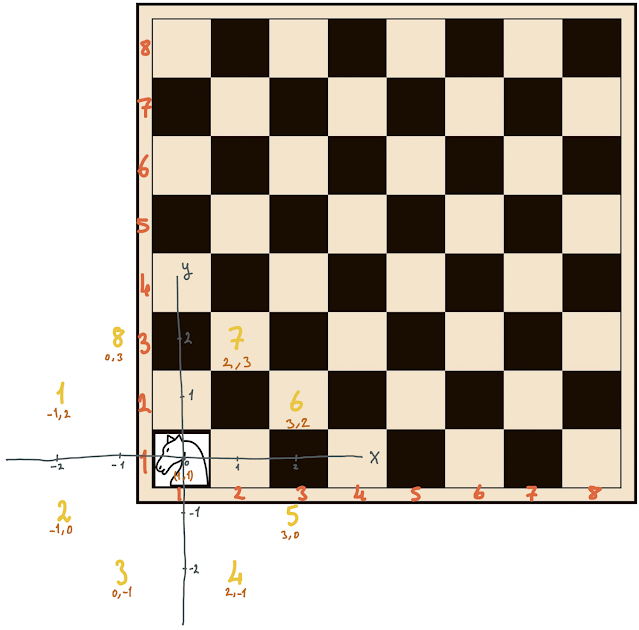 Let's see how the knight can move to the 1 (-1, 2) position again.
Yes, that's it. Now, we know which positions are on the chessboard and which are not, right?
Here it's my solution in Java.
algorithm chess drawing jump knight