I will explain how to create a fixture algorithm regardless of the programming language. But if you want to see how I write in Java, you can check my GitHub link.

When we are building a fixture-generating algorithm, we have to know two basic things;

We can get the answers that we need with the above questions.
The last question means; What will be the size of our match list? When we create a loop, we will use just (n-1) and will not use the second one (n-1)x2

The Algorithm with Drawing

For example, let's think at first algorithm had that below teams;

Then we can say we have 4 teams, which means n = 4 so in each round, the teams will match 4/2 = 2 times.
Let's think if someone sends to the algorithm just 3 teams, what can we do?

At that time, we could add a new team the name is "X" so it means which team matches with "X" will not play in that round. After that, we can calculate as above how many rounds will play. n = 4 and the teams will match 4/2 = 2 times each round.
Now we have to match the teams, but how? We can do it in many ways. For example, the simplest thing is we can match the teams respectively. But I want my algorithm to match the teams randomly.
Because of that, I need a temporary list.

For once, I want to shuffle them randomly with the assistance of the temp list. And after that, we can equal the temp list to the original list. 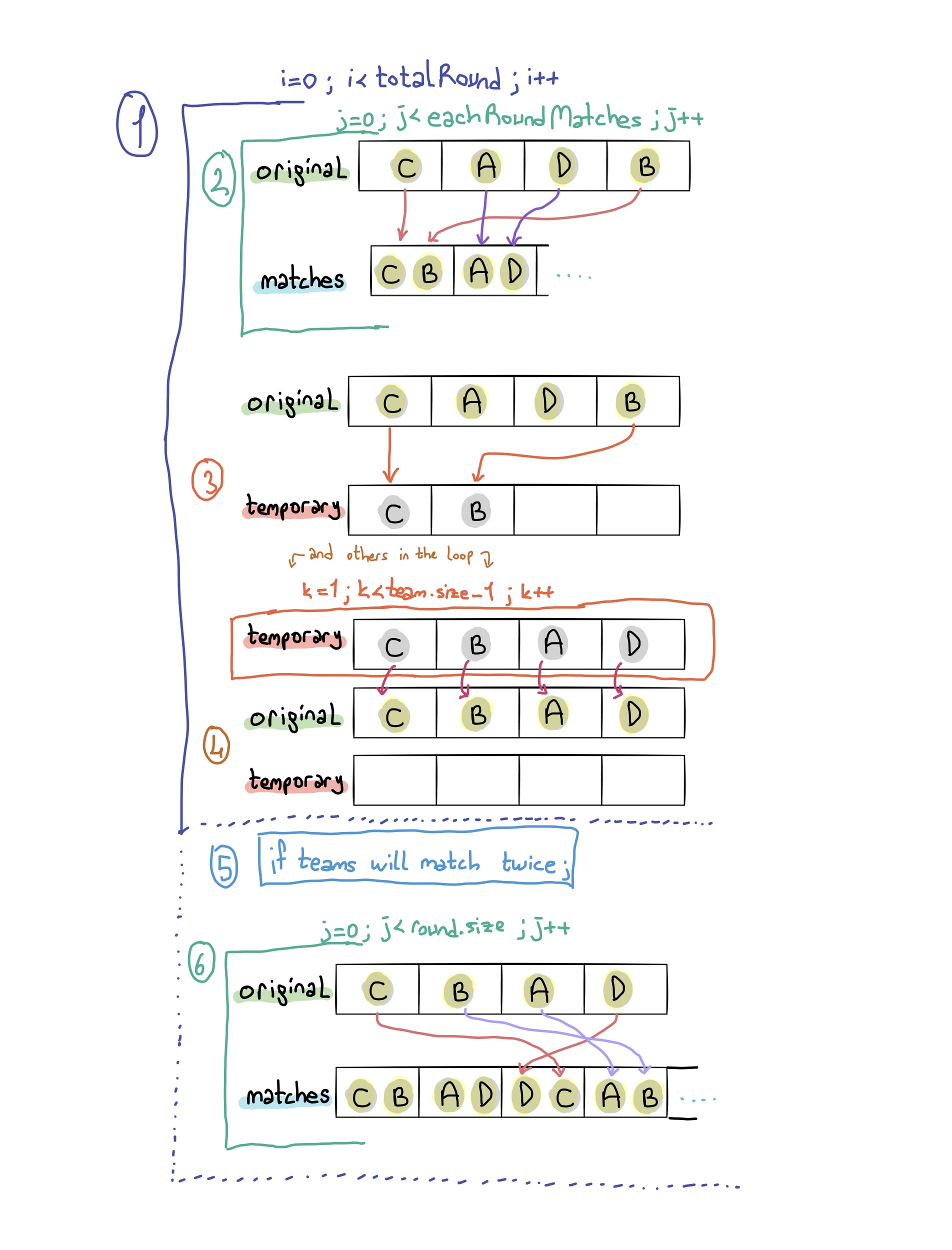 And now you can write your matches whatever you want.
algorithm describe easy fixture fixture generating random